In the Float Zone – Does Floating Really Work?

Recently, I did my very first Float in a Float Tank. Yes, I was a Float virgin.

There were a few reasons I had been hesitant to try this new self care practice out:

There were also some thoughts I had on the positive side of Floating that ended up trumping the negative thoughts – obviously, or else I wouldn’t have gone at all. They were: 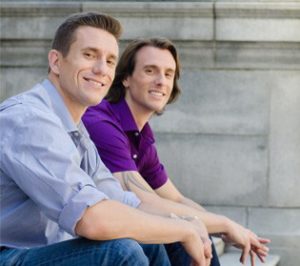 My curiousity did indeed get the better of me, and I booked a session with the original Float House in Kitsilano. Founded by MIKE & ANDY ZAREMBA who purchased a tank themselves in 2010 after a positive experience, with the goal to share that experience with as many people as possible. They then decided to embark on the entrepreneur path (way to go guys!) and create a business in floating. They say it took them about two years to work through the process of;  “cultivating the confidence and self-belief that we could actually do this, to working extensively with the Ministry of Health in Victoria in developing float regulations, educating a landlord to understand what we are trying to do in order to secure a space, to discussions with various other municipality questions and regulations; we always kept our vision in the forefront of our minds as a healthy obsession.”

I think they did pretty good for themselves considering they now have five locations – Kitsilano, Gastown, Victoria, Langley, and South Surrey. And, their idea has caught on so that other spas and therapy businesses have started incorporating Float Therapy into their practices. 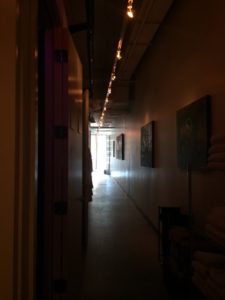 When I arrived at the Kitsilano location, I was greeted by my host and taken in behind the curtains where all the magic happens! Really, you do step into a different world once you step into the area where the tanks and sanctuary are. I was given instructions on how to use the tank, and my questions and fears about claustrophobia, dark issues, and maybe not liking it, were handled expertly with answers to everything. Also, the caveat of “You can end your session at any time” is what really relaxed me. I’m not sure what I was thinking, that maybe I’d be locked in there or something with no chance of escape… strange, but obviously part of me had been thinking that since my freedom to end the session at any time is what relaxed me the most.

I was instructed in how to shower and prepare for submersion with earplugs and also informed that I could use a floaty device to hold my neck up in the water if needed, and I could also use one to keep the door ajar a bit to help me transition into the smaller space, and the darkness. Ultimately, the only thing I needed was the handy floaty pillow as it positioned my neck better in the water. The entire time your face is above the water since the extremely high salt content ( epsom salts) floats you like a cork, and as you are in body temperature water, you cannot tell that you are submersed in water anyway! 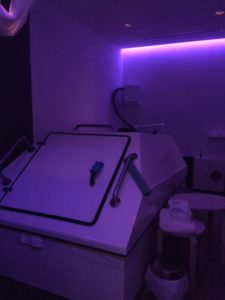 I got myself ready and gracefully entered the float tank ( actually it was more like flopped in like a seal ) the high floatation level of the water is a bit difficult to get used to at first. I totally flipped and flopped about for about 3 mins until I managed to get myself sorted out and lying down. They instruct you to starfish in the tank to stabilize yourself and then slowly let go. Because I was so ‘jittery’ when I went in, my body was twitching initially and even those slight movements were causing me to drift from one side to the other. I felt like a pinball, scoring points each time I hit a hard surface. So, it did take me about 15-20 mins to get completely still and in a good position.

Then the mind chatter – It started in as soon as the body details were sorted out and there was nothing left to focus on. All sorts of thoughts went flowing through my head. I just observed and often laughed at the absurdity of some of them. There was actually a few occasions where I laughed out loud. It was like a ‘meet and greet’ with myself for those 60 mins. I had to adjust, I had to integrate and I had to listen to my own thoughts since they were the loudest distraction going on. I eventually found myself seeing in images as the thoughts faded off. I then was transported back to a time in my childhood. I was walking through rooms in my old home, seeing people I hadn’t seen for a while – I saw my dad when he was young – he just passed away this last Summer. I truly felt like I was back there. And then, an unexpected rush of emotional pain surfaced as I remembered a particularly difficult time in that home – I was actually leaving it for the last time and moving away and I was devastated. I remembered those feelings as if I was right there again. Sobs and heavy tears started to come out of me. I let them, and I just surrendered to the release. The water around me absorbed it all; the sobbing, the tears and the emotions. It was a very peaceful experience. I then took one of the biggest, deepest breaths I had taken in a LONG time, if ever. I was really relaxing and getting the hang of this. Then….just as suddenly, the music that was my cue to exit the tank, came on.

Somewhere in there, the 90 mins that had seemed an eternity looming ahead of me initially, was suddenly over. I was a bit disoriented by that – some time had ‘bent’ in there for sure – I was convinced of that. Well, at that point I was open to pretty much anything, no matter how ‘out there’ –  My mind had relaxed, my body had relaxed and my creativity and inner visual ability had jumped to life.

I slowly got out of the tank – My body was a bit disoriented as well, now that it had to support itself again. I showered and dressed and walked outside to meet my partner who had also done his first float. I felt serene and grounded. A state I don’t often find myself in. Naturally, I am quite airborne and I have to work at grounding regularly.

I also felt peaceful, centered and like I’d just really had a great conversation with myself, one I would remember for a long time. I expected that when I walked out into the world again it would be a shock and an assault. It was actually the opposite. My ability to filter and deal with the noise of the world had suddenly received  an upgrade. I was managing the stimulus around me much better than before I had gone into the float tank – I felt like a slightly stronger version of myself after that experience.

Hmmm….this was not something I had anticipated.

We hung around in the sanctuary for a bit, had some tea and talked ( mostly joked) about our experience in the tank, since much of it was quite humourous to both of us – how we had reacted, behaved; what we had seen. My partner had experienced some pretty cool visual adventures. We didn’t stay there too long as were were both FAMISHED. I was so incredibly hungry. Another effect I didn’t anticipate was the digestion of my meal was the smoothest it’s been for a long while – no bloating, no gas, no pain and a decent sized hunger. Again, it seemed like I’d gotten a hardware upgrade while in the tank. That leads me to Matrix thoughts, so I’ll leave that analogy behind for now.

The effects of the Float lasted well into that evening and then also during the night as I had the best sleep I’ve had in a long time. The magnesium in the epsom salts really relaxes the muscles and the weightlessness really allowed my body to align itself. Some of the chronic pain I always feel was gone, for at least 3 days after.

So – what do I have to say about it in conclusion? HOLY CRAP! I wanna do that again, SOON!

It was far more than I imagined it could be, and it was a kind of therapy that was not initiated by another person, it was simply me, some water and a tank. That made it really powerful for me. There was no other ‘energy’ to deal with. As an introvert and an empath, the ability to be undisturbed for that long and away from the energy of others was incredibly healing.

I would HIGHLY recommend this to everyone! Unless you have zero stress in your life, which I wouldn’t believe anyway, you will get something out of this. It is worth every penny you pay, and it is the most effective healing tool I’ve utilized for such a large effect in such a short period of time.

To book an appointment, and to learn more about the incredible benefits of floating, check out their website: http://www.floathouse.ca/

There is a TON of informative info there and you can also join their community. This is one thing I like about The Float House over going to some spa or salon that offers this service. They have built a community around the service they offer, and they take it seriously. This is something that always brings me to a place of business – a sense of responsibility to their patrons.

Give it a try, and let me know how it goes if it is your first time! I’d love to hear about your experience!

Also – as a community member now,  I can bring newbies in for a reduced price – so hit me up on social media and I’ll take you in as my buddy!

Share your float story with The Float House as well with their social media campaign –  #WhyWeFloat –  a campaign to share the personal and powerful stories of the thousands of people around the world who float. Tell your story, promote floating and help more people discover this incredible practice.

GET A FREE FLOAT! – You can apply to blog for The Float House and get a FREE float for doing so! Apply Now

My video BEFORE the float – the AFTER video never happened, because frankly, I could have cared less 😛

‘Father’ is not a right, it is a privilege – You’ve got to work for it.