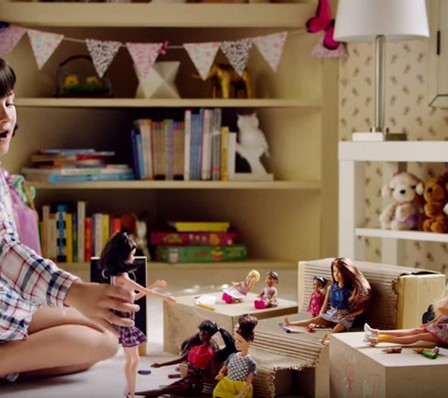 The newest Barbie commercial is beyond anything we could have expected from Mattel. It kind of makes us want to cry, but in the best way possible.

Source: After 59 Years, Mattel Gets It Right: The New Barbie Commercial Is Awesome | What The Flicka?

As I kid I had always felt deprived because my mother never let me buy or play with barbies. Of course, I had no idea WHY this was other than my mother was just plain ‘mean’ – I found ways to play with them at friends houses, school, the kids rooms in houses at parties my parents attended and took me to. But, it was a dirty secret – like my own kiddie drug. I had to hid my barbie activities for fear of being found out.

It wasn’t until I was a mom myself, I understood my own mother’s stance on this. Barbie did not instill positive self confidence or body image. Size 3 feet, that always were in heels, even without shoes on, an 8 inch waist and a bust that stuck straight out and was probably a D or E cup – not realistic and not a healthy image. Most kids probably wouldn’t care much about what the doll looked like, but the parents sure did. The ones who cared about bringing up kids with a healthy self esteem and body image.

Barbie has had lots of FLACK for this over the years, and I can’t say I’ve cared much about the company, or its efforts to change. My kids didn’t have Barbies either – at least not until I could lecture them on how they weren’t anatomically correct, and to not EVER think they should have to look like a Barbie to be Beautiful. My kids seemed to know better anyway and would just endure my rants and just wait for them to be over so they could go play imaginary scenarios with their dolly.

Then, today I clicked on this video – ONLY because some people I respect in business had chosen to share it. I’d seen it circulating, but again, didn’t care.

Then I watched it and saw what all the ‘hubbub’ was.

Whomever they have hired to work on their public image gets a gold star from me. I still think the dolls are crap, but I totally dig this video.

As an adult, I’ve forgotten the power of my own BELIEF – and when I believe in myself, anything is possible.

Kids know that – it’s the adults who don’t.

So okay – perhaps that doll really isn’t trying to outdo me in the body area, nice clothes, a spiffy pink car and killer hair –  perhaps it’s just a damn doll. A vehicle for imagination and creation for kids to play with and enjoy and to see themselves doing anything they desire.

I won’t buy a Barbie because of that add, but I sure as heck admire Mattel for their choice of message – which is good PR all around.

What do you think?

Letting Go to Live More – Lessons From Scrooge This Christmas

Don’t let your mind get the best of you…

Let Your Kids Embrace Their ‘Dark Side’ 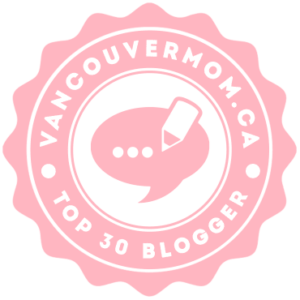