Feminism and Politics United At Last

I bet you thought you’d never see those two words in a sentence together and have it mean something positive. I sure didn’t. But, today as our new Prime Minister of Canada was elected into office and his cabinet was a shocking 50% women it became the HOT TOPIC of the day on social media. Hashtag #PM23 btw. 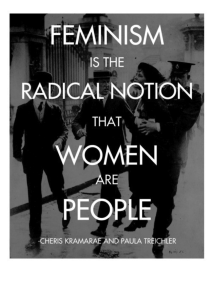 Why is this damn topic so popular? Is it the controversy around feminism? Is it the lack of understanding around the word FEMINISM that many people have? I find I talk a lot about definitions in my posts, and it’s brought up something very interesting to me. People believe what they want to believe. PERIOD. As humans we are blessed with higher reasoning – the higher part, I’m not so sure about that definition being accurate. But, we are able to imagine, envision and create different realities for ourselves. This seems cool, but I’ve realized over time that is where most things start to break down for us mere humans. DEFINITIONS of our social practices, laws, and any other structures seem to be more up for interpretation by each individual than something that is a law, an only, a one of a kind. The true definition of feminism is: ” For each gender to be equal in all things” – It’s pretty simple, but men and more shockingly, many women have distorted this word over the years and used it to mean ‘Man bashing, man hating, man banning – anything that means no man‘ I’ve never stood for that, never appreciated that and never bought into that.

I believe that feminism is a stance that holds strong to the fact that Women are as important as Men and Women are as capable as Men – That each should be seen as equals but with differing strengths that are compatible.

Pretty simple. But again, that’s my definition, and as we have already established definitions are pretty much open season to whomever is waving it around and however they see fit for it to smash into their own agenda. Round hole, square peg anyone? We’ll make it fit, we will…

Today – by the glory and grace of ‘something’ – insert your own belief structure here – there was a moment when I saw Politics ( which I hate by the way) suddenly unite with feminism with an almost ridiculous, yet TO THE POINT response from our new Prime Minister as he was asked the rather mundane and ridiculous question itself ” Why has it been so important to you to have a Cabinet that is gender balanced?”

Oh my aching ovaries and weepy heart! GODDAMN said my brain – about bloody time. It’s about time that I can listen to a leader of our Country talk and be both swoony over him because, well, let’s face it, he hits all the right chords ( THAT’S SOOO FEMALE!) YA! That’s so the point. Not only did he capture my attention with charm, he’s captured my intelligence – the FEMINIST in me that suddenly saw a leader GET IT! Not only did he get it, he acted as though this was just common knowledge, and anyone questioning it is the BIG loser here. Big L on forehead. Really. It’s not hard.

GAWD – it was so simple, but it made a real impact on me. Why? I’m still not totally sure yet. Probably a combination of being totally fed up, being a woman, being a strong and powerful and empowered woman, yet still having to fight in this decade for any recognition. And then the overwhelming feeling of relief to have a semblance of hope pop out of the ‘sexy man mouth’ of Justin Trudeau. No,  I’m not objectifying him btw – those who hold that stance don’t get it either. He won’t be hurt by it, in fact he USES it to his advantage – Use the noggin folks – he’s a man, he’s a feminist and he’s now the leader of our friggin Country – our jokes about his looks only cover up the fact many of us are truthfully thinking ‘what a hottie‘ – in fact, his wife is quite the hottie too right? Just get over it and have some fun with it, you can bet he and she are – They seem to be just REAL people like that..ya know? I’m not downplaying what women face every day being objectified – that crime is real, and it’s horrific – because – women still have to ( had to?) fight for the right to be equal and not just body parts. Justin isn’t worried…he’s not feeling objectified. He’s the leader of a Country.

So, relief, hope? Yes indeed. I’m wary, as I have every goddamn right to be – but so far, this Generation X, hot pants, tattooed feminist is ringing in my support for being simple. Simply real. Simply on point, and Simply sexy enough to get me to pay attention in the first place. Oh come ON! Admit it – we’re human – we’re either attracted to a person or we aren’t. The man has it going on, and today – he made history.

He appointed a cabinet with 50% Women. Oh my freaking god- THAT’s making History? Ya, duh…like he said ” It’s 2015″ Get with the program. 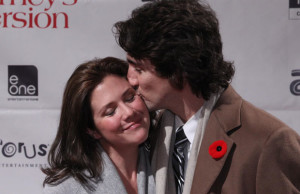 Thoughts? Go for it, gimme all you got! This has got to be pushing some buttons somewhere. Let me know what you feel about this moment today, and if you feel like I do, or if you feel I’ve got it all wrong – discussions are good! Bashing is not – come on now – we’re in 2015 remember? 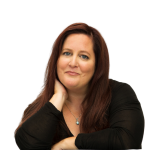 12 Things Your Teenage Daughter Needs to Hear from You

Can You Be a Good Leader If You Have a Big Ego?